Robert De Niro fell in love with his second wife and married her a decade later. De Niro filed for divorce only to reconcile with his spouse, but the rekindled relationship did not last. Instead, it ended in a bitter divorce battle.

Acclaimed actor Robert De Niro first met his future wife, Grace Hightower, in 1987 at a London nightclub. However, sparks did not fly only until ten years later.

During the period they crossed paths, De Niro was still married to his first wife, Diahnne Abbott, whom he wed in 1976. The pair welcomed two children within their union, a daughter named Drena and a son called Raphael. Abbott and De Niro divorced in 1988. 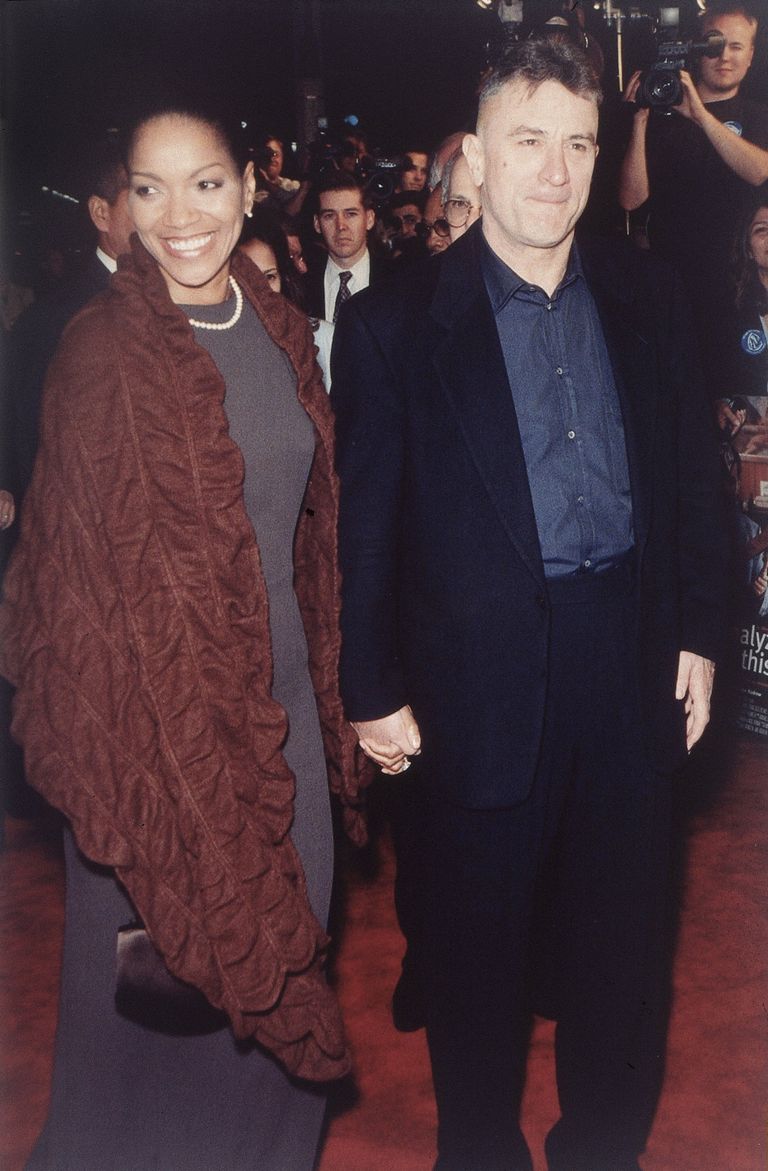 After dating several women following his divorce, De Niro pursued Hightower, and their romance blossomed. The couple tied the knot at their home in Marbletown, New York, in June 1997.

Only eleven guests witnessed the pair exchange their wedding vows in an intimate ceremonial affair with the producer’s friends Joe Pesci and Harvey Keitel in attendance. That fall, news broke that the newlyweds were expecting their first child together. Their son Elliot was born in March 1998. 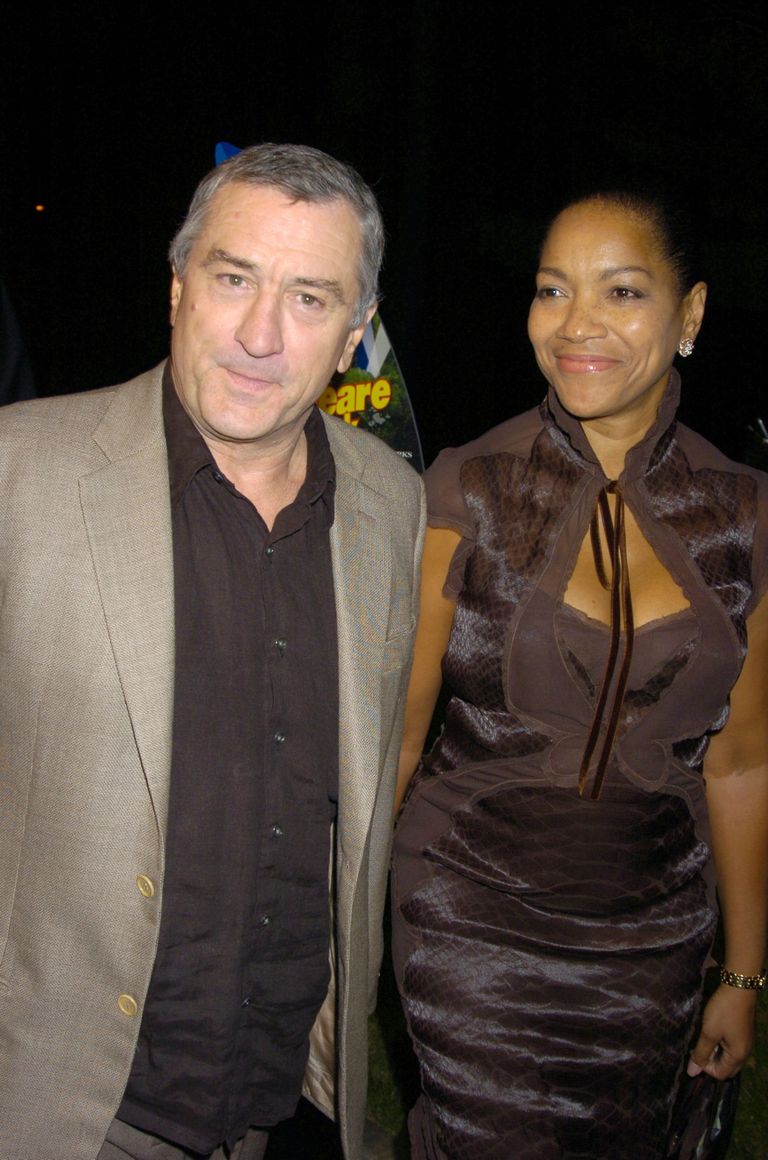 In March 2016, De Niro revealed that his son had autism. He noted that it was imperative to be open about such societal issues in a media statement:

“Grace and I have a child with autism, and we believe it is critical that all of the issues surrounding the causes of autism should be openly discussed and examined.” 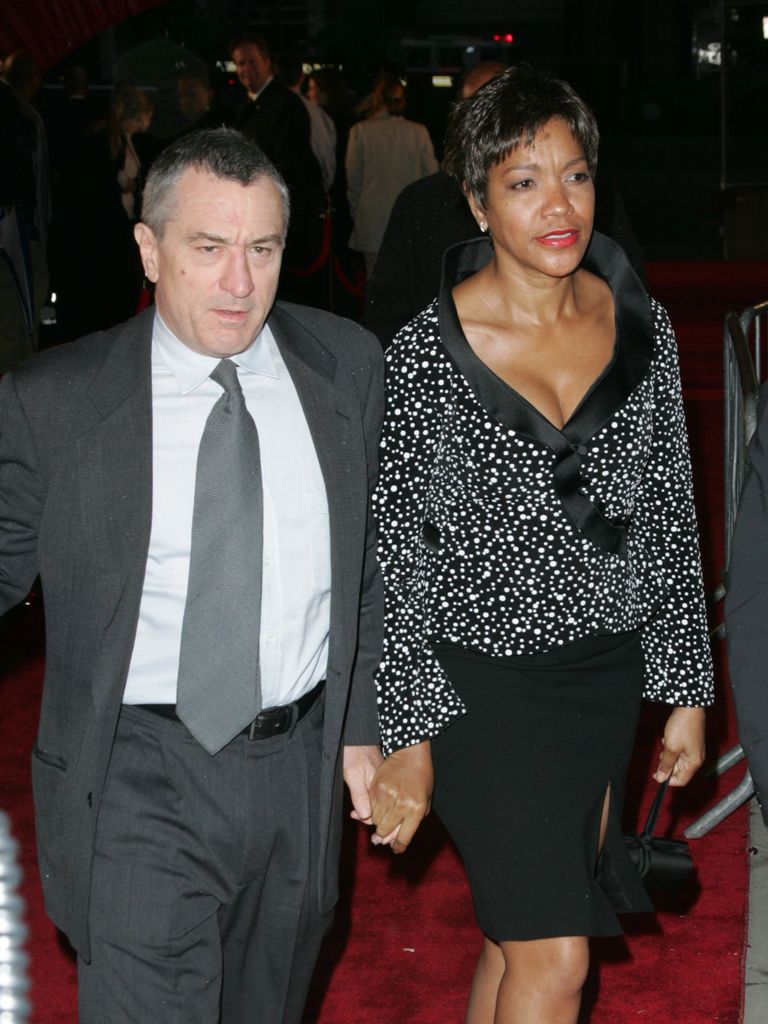 A year after the birth of their son, the two-time Academy Award winner filed for divorce from Hightower in August 1999. After that, a pal of his disclosed that he neglected his marriage:

“Bobby was just not working hard enough at his marriage to Grace.” 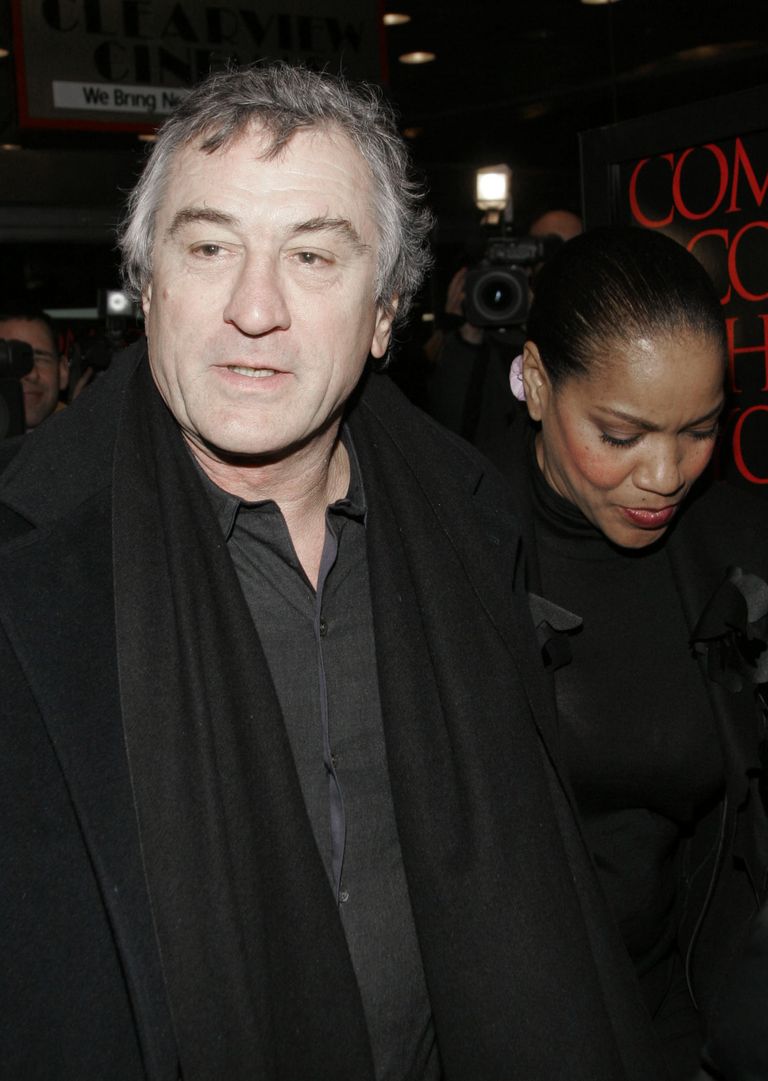 The former couple continued with their lives separately and peacefully. They co-parented their son and spent time together with him like a united family. However, that only lasted for a year.

When the duo joined musician Marc Anthony, his then-wife Dayanara Torres, and the couple’s son on a cruise in June 2001, along with their child Elliot, trouble ensued. Hightower stepped belowdecks and discovered her then estranged husband with another woman.

Later, an insider clarified that the unidentified woman was merely assisting De Niro by closing the door to the bathroom. However, Hightower was confident that there was more to it. 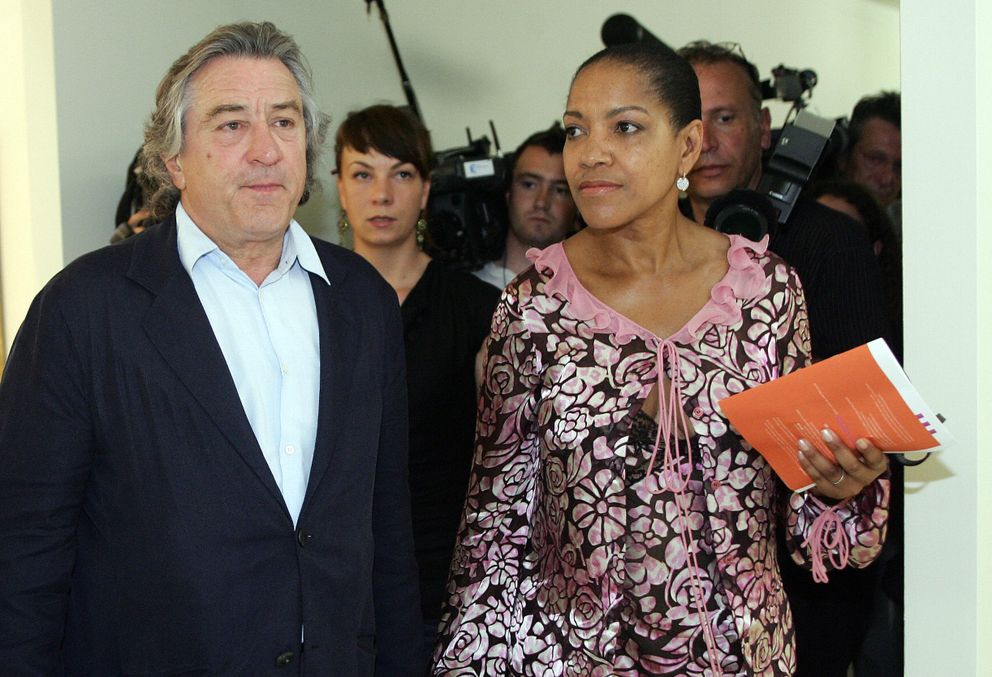 She tried to humiliate him by going back up to announce what she had seen, which, according to her spokesman, R Couri Hay, was De Niro’s “frozen look on his face” and the woman who allegedly appeared to pull her “blouse closed.”

When Hightower came up, De Niro followed her, and she started getting physical with him. She later left the yacht with their son.

In September 2001, the on-again and off-again couple went head-to-head at the New York State supreme court in a custody battle over their child, including allegations of violence and alcohol abuse, via People. 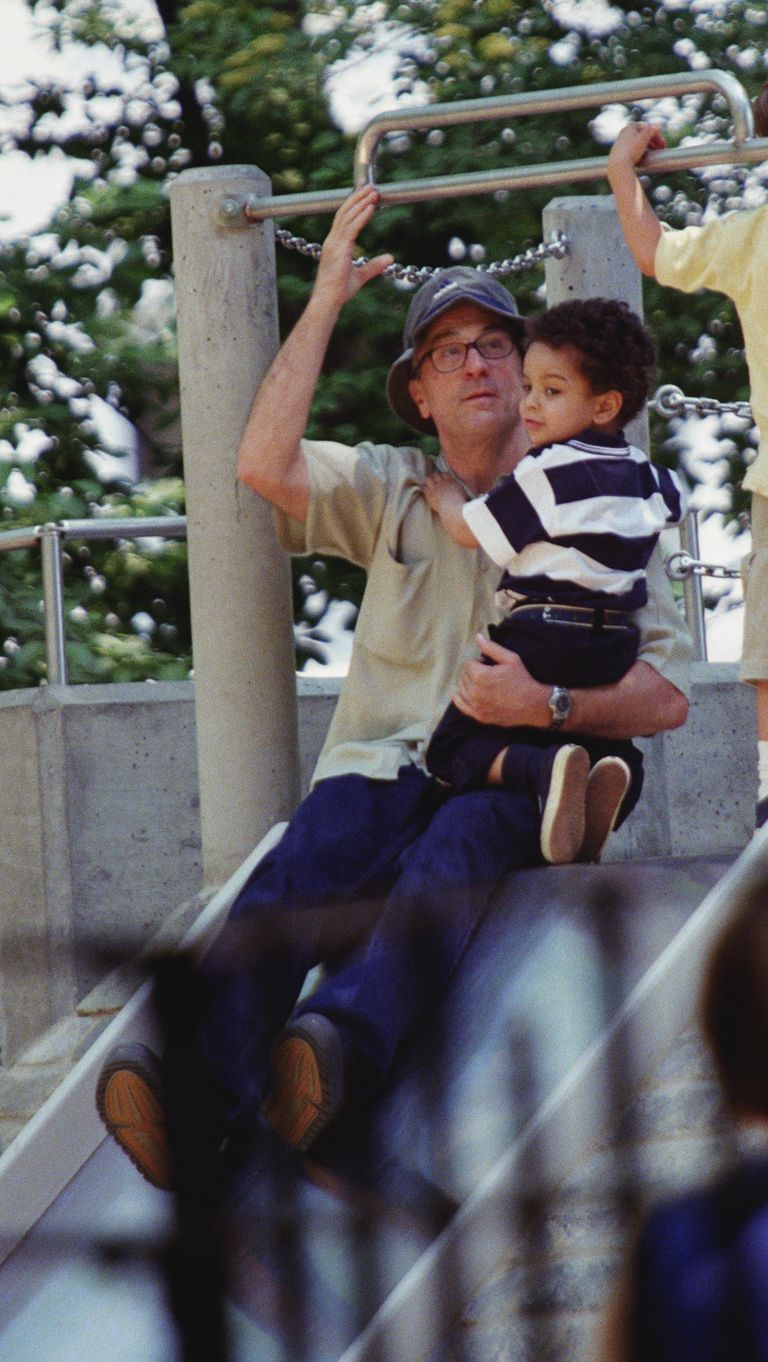 De Niro also accused the former flight attendant of physical harm. In response to the filing, Hightower alleged that the New York native abused drugs and alcohol and suggested it may not be a good idea to leave him alone with their son. Hence she pushed for him not to receive unsupervised visits with Elliot after he filed.

In a twisted turn of events, the pair decided to put a stop to the divorce. Subsequently, Hightower and the Golden Globe Award winner renewed their vows in November 2004.

They held their ceremony at De Niro’s Ulster County farm with guests including some of Hollywood’s A-listers, Meryl Streep, and Ben Stiller, among others. 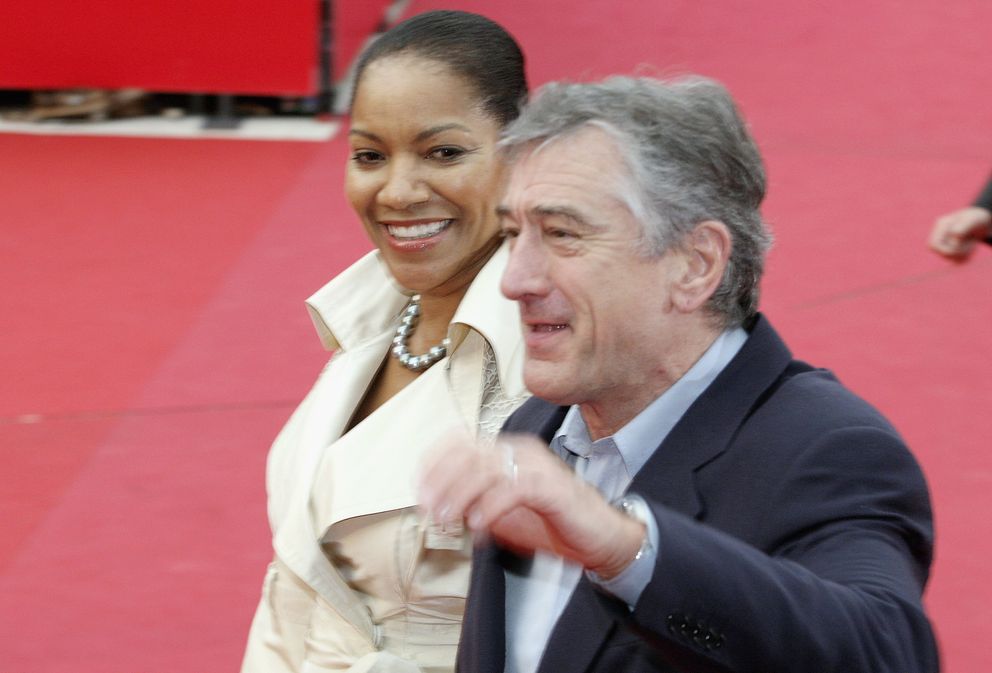 At De Niro’s request, two judges officiated the star-studded ceremony. According to “The Godfather” star, he wanted to ensure that “they can make sure this one sticks.”

The affair took place around a pool, and the bride and groom lit candles and exchanged wedding rings. The guests later moved to a tent where they toasted champagne and feasted on dishes from De Niro’s Nobu restaurant. 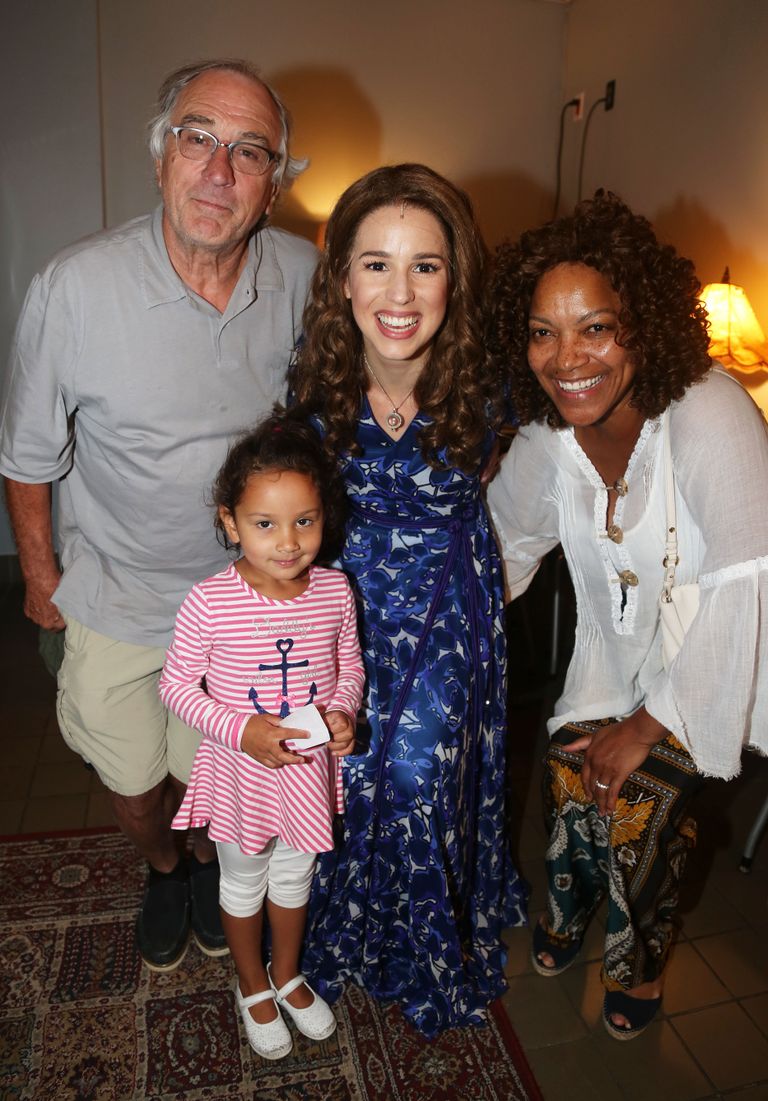 In 2011, the couple celebrated more exciting news as they welcomed their second child and only daughter, Helen, via surrogate. De Niro gushed about his baby girl in 2013 in an interview with CBS News:

“She’s so adorable. You just look at her and it’s all there. Nothing else matters.”

DE NIRO STRUGGLED TO SUPPORT GRACE AFTER THEY SPLIT AGAIN 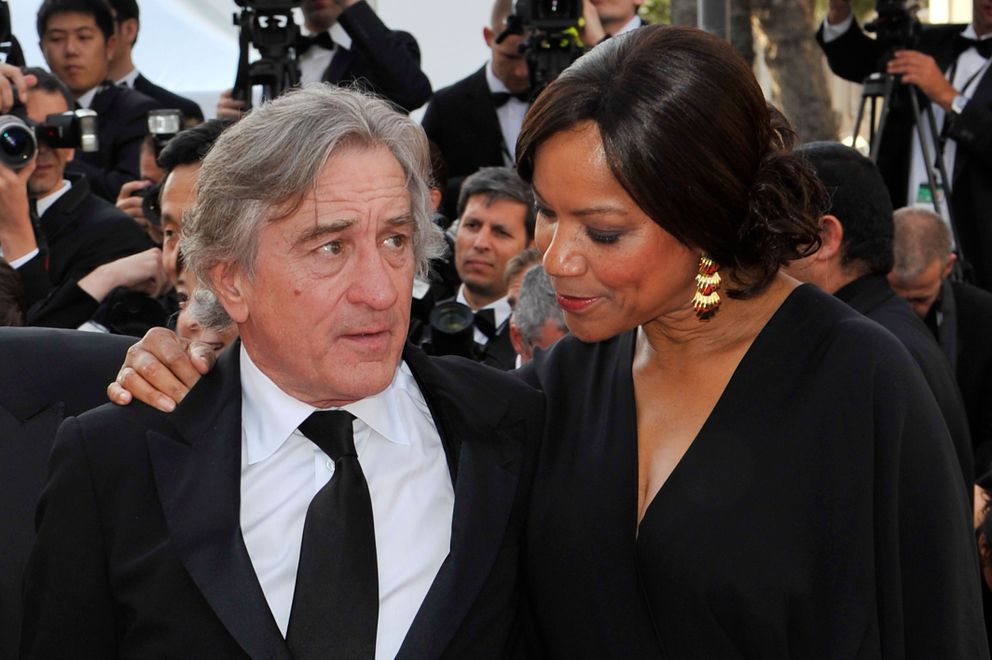 Still, things went downhill years later when he filed for divorce for the second time in November 2018, after more than twenty years of matrimony.

De Niro released a statement confirming the divorce and shared that although he and Hightower share “two beautiful” kids together, they were on different paths in their lives:

“We are entering a period of transition in our relationship, which is a difficult but constructive process. I honor Grace as a wonderful mother and ask for privacy and respect from all as we proceed to develop our roles as partners in parenting.” 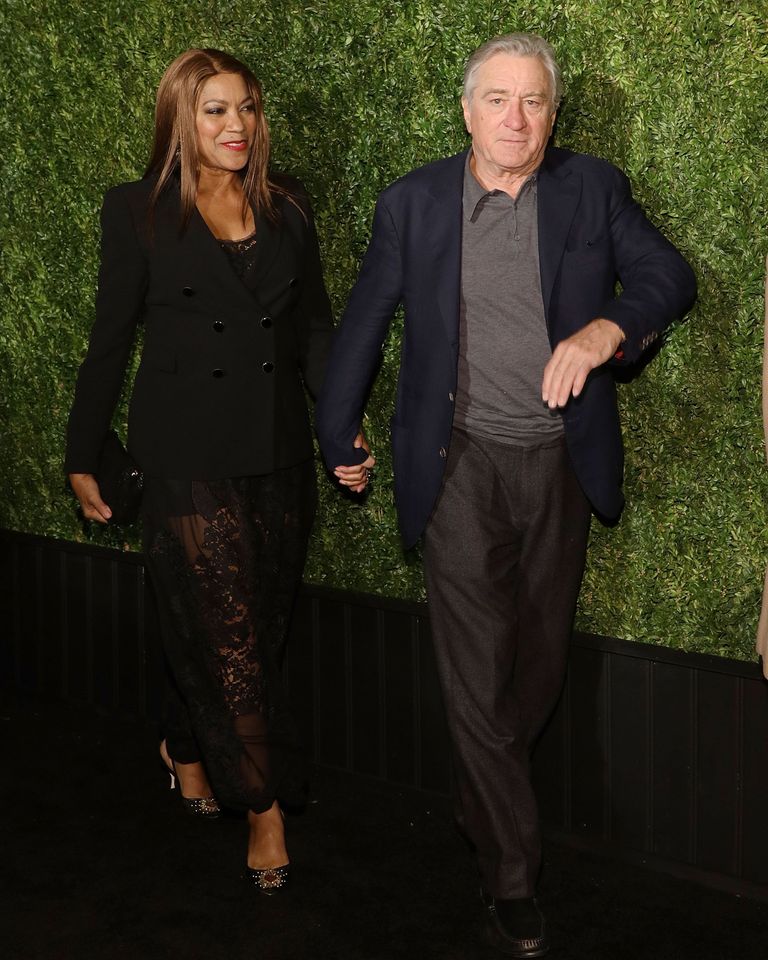 In January 2019, Page Six reported that the estranged couple was once again pursuing a legal custody battle over their then-seven-year-old daughter secretly.

The intention was to protect their brood through the back and forth in court; hence they opted for a coveted “Anonymous vs. Anonymous” caption on the case. According to the 2006 appeals court ruling, this option should be used “sparingly” to protect the “health and wellbeing” of children.

The “GoodFellas” star wanted to primarily resolve the situation with the kids because he is an excellent doting father of two. 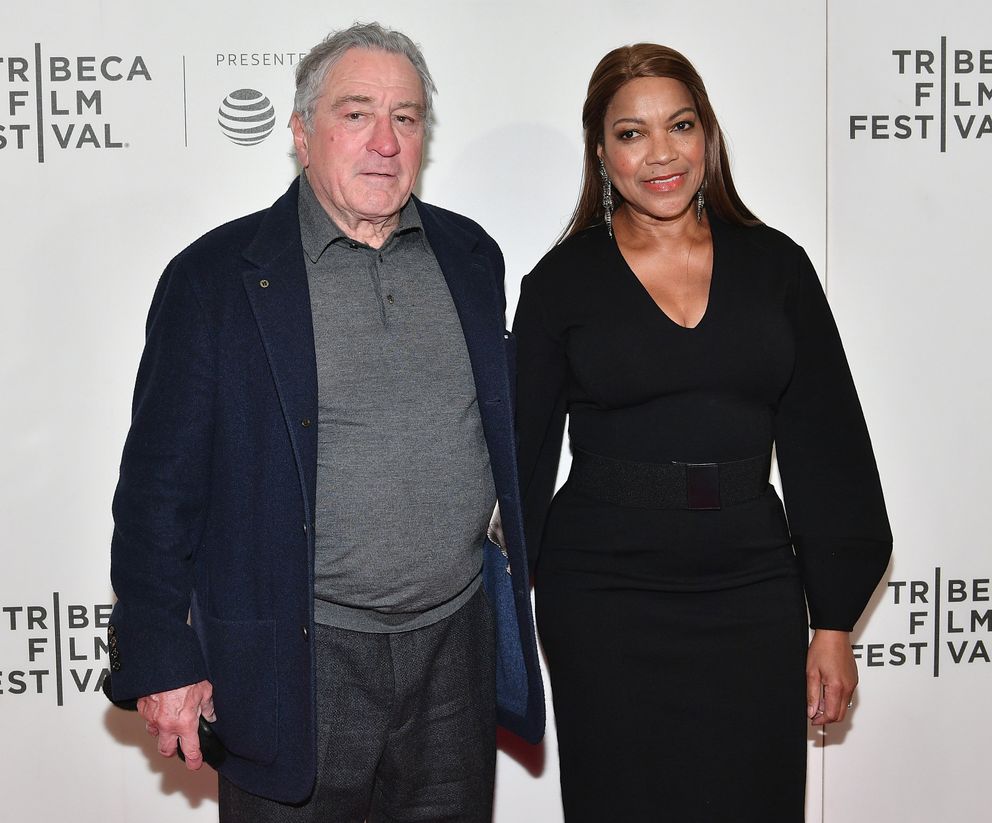 Moreover, besides the custody showdown, the pair butted heads in court because of finances. Amid their legal fights, Hightower began to splurge more and more of De Niro’s money.

His attorney, Caroline Krauss, revealed that the philanthropist’s spending habits were out of control and heavily affected De Niro’s wealth, which she claims is $500 million.

In 2019 alone, Hightower reportedly spent $1.67 million, and with most of the money, she purchased a $1.2 million diamond from high-end New York jewelers. 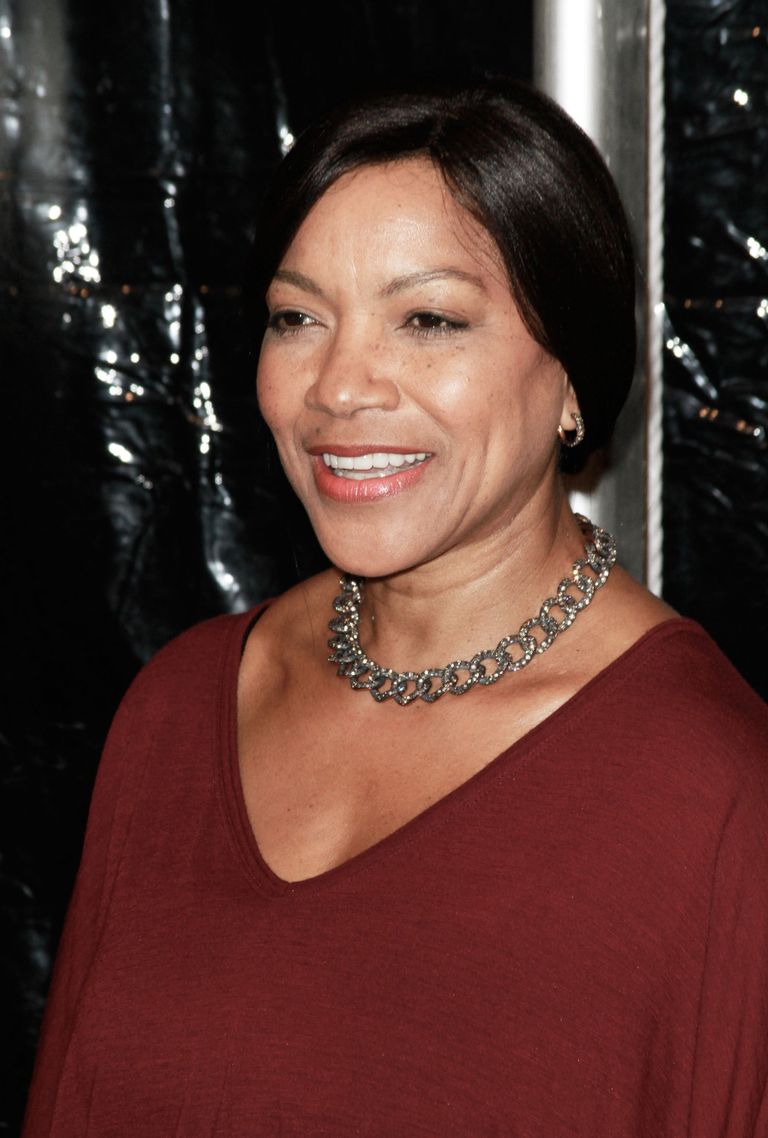 As a result of her misuse of money, De Niro’s finances became crippled, and he was forced to work until his “death” to keep up with her lavish lifestyle. He is already nearly 80 years old.

At the same time, he does not want his family to move out of their marital home in Manhattan. As per the prenup, it calls the pair to sell their $20 million apartment so that they could split the profits and allow him to purchase a less expensive home for Hightower and the kids. 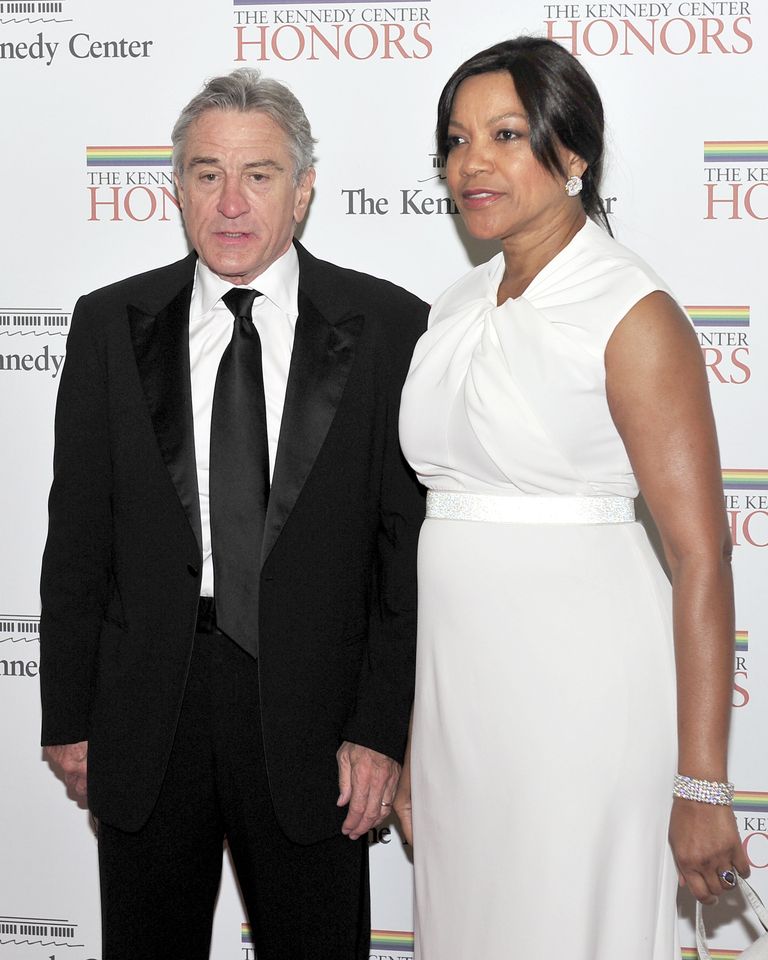 Meanwhile, Krause argued in a virtual divorce hearing that if Hightower expects De Niro to keep working till his passing, if his health declines and he dies, her spending spree would come to an end:

“He could get sick tomorrow, and the party’s over.” 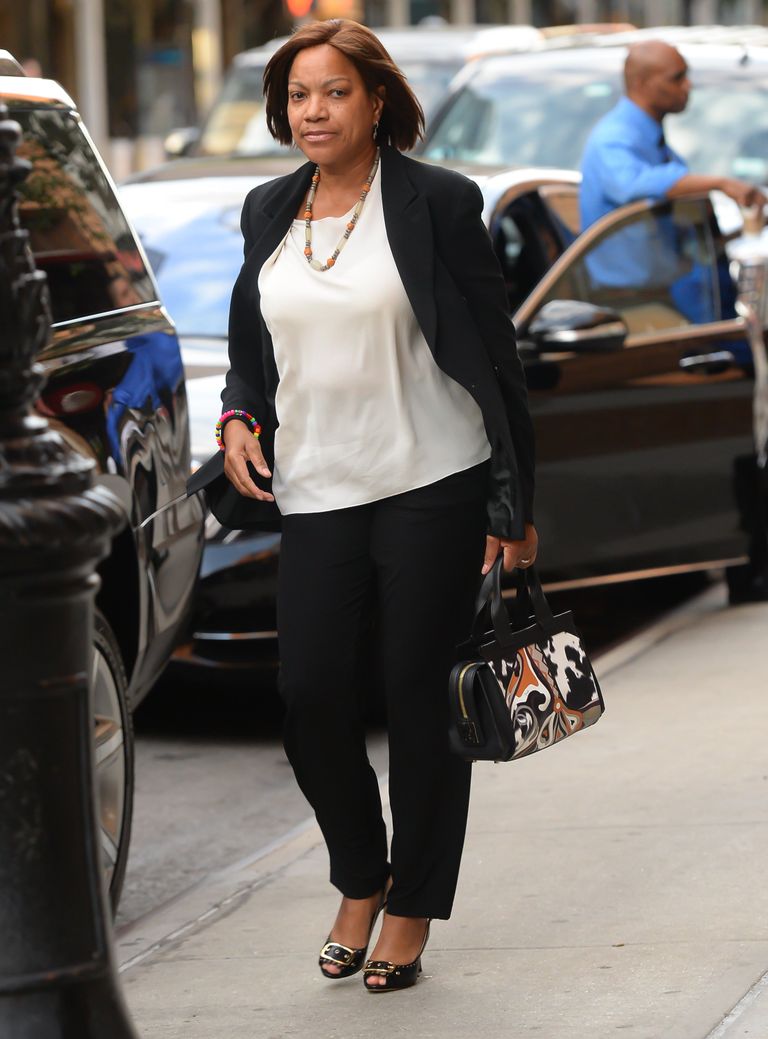 Fortunately for De Niro, he prevented Hightower from receiving half his fortune. $250 million, an appeals court ruled in October 2021.

The actress argued in a 2004 prenuptial agreement that she was entitled to half of the “Taxi Driver” star’s wealth from when they were still married. Hightower claimed that De Niro’s assets were supposed to be split evenly. 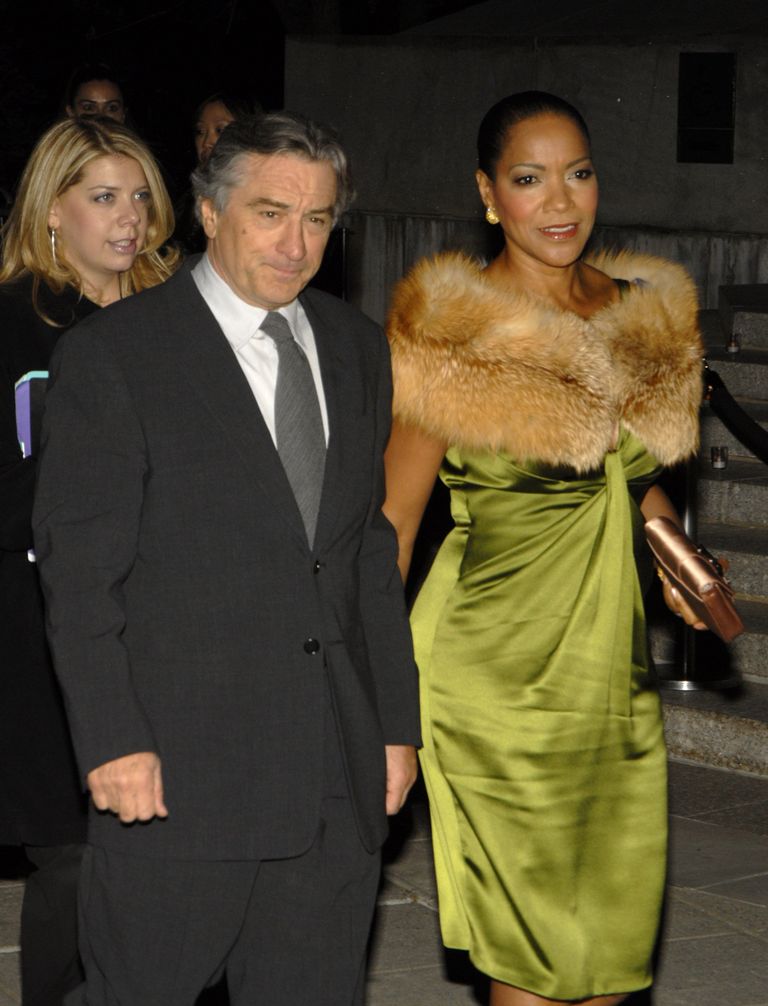 However, she lost the battle as the Appellate Division ruled against her favor and stated that the Hollywood veteran owed her nothing:

“The husband’s income earned during the marriage and other business assets acquired during that time are his separate property.”

In February 2021, a Manhattan Supreme Court judge Matthew Cooper, made a similar judgment, writing that the former couple’s prenup states that whatever money De Niro made during their union from different sources was a part of his separate income.

Reports revealed that Hightower spent $215,000 monthly on credit cards and $160,000 in cash. Krauss claimed those spending habits made De Niro run out of money. Money that she claimed was “marital assets” for them both per their agreement, but the court rejected her argument.

Amid his rollercoaster ride with Hightower, who still happens to be his legal wife, De Niro still gets time to spend with his daughter. In July 2022, the father and daughter were spotted out and about on New York City’s Upper East Side. According to the Daily Mail, it is a regular occurrence for them to be seen in public together.

Meanwhile, “The Irishman” star has also started seeing someone else. He reportedly has a rumored girlfriend named Tiffany Chen, with whom he has been spotted in public several times. In July 2022, the said couple was pictured on a beach trip in Formentera, Spain.

The pair were photographed barefoot and aboard a boat. Notably, De Niro and the martial arts trainer have been spotted being affectionate in public but are yet to confirm or dismiss their romantic relations.

This website uses cookies to improve your experience while you navigate through the website. Out of these, the cookies that are categorized as necessary are stored on your browser as they are essential for the working of basic functionalities of the website. We also use third-party cookies that help us analyze and understand how you use this website. These cookies will be stored in your browser only with your consent. You also have the option to opt-out of these cookies. But opting out of some of these cookies may affect your browsing experience.
Necessary Always Enabled
Necessary cookies are absolutely essential for the website to function properly. This category only includes cookies that ensures basic functionalities and security features of the website. These cookies do not store any personal information.
Non-necessary
Any cookies that may not be particularly necessary for the website to function and is used specifically to collect user personal data via analytics, ads, other embedded contents are termed as non-necessary cookies. It is mandatory to procure user consent prior to running these cookies on your website.
SAVE & ACCEPT